When entering Shakan Strait and Dry Pass from Sumner Strait to visit El Capitan Caves, one will notice a large mining operation on Prince of Wales Island. This mine has a long history of resource extraction.

It was originally developed by the Alaskan Marble Company in 1901 to mine white, then blue, marble deposits from the Bay of Pillars Formation often employed for interior trim, decoration, tombstones and some statuary. The building material product from their quarry was said to rival the best Italian Marble.

After the supply of high quality marble was exhausted in 1920, the Vermont Marble Company attempted to continue the operation but it ceased operations in 1931. Treadwell Gold Mining Company took control and began mining a molybdenum prospect at the site which continued up to the early 1940s.

Today it is operated as a calcium carbonate quarry by Columbia River Carbonates. The quarried rock is crushed to 6-inch size then loaded onto barges for shipment to its processing plant at Woodland, Washington to produce ground calcium carbonate powder and slurry. 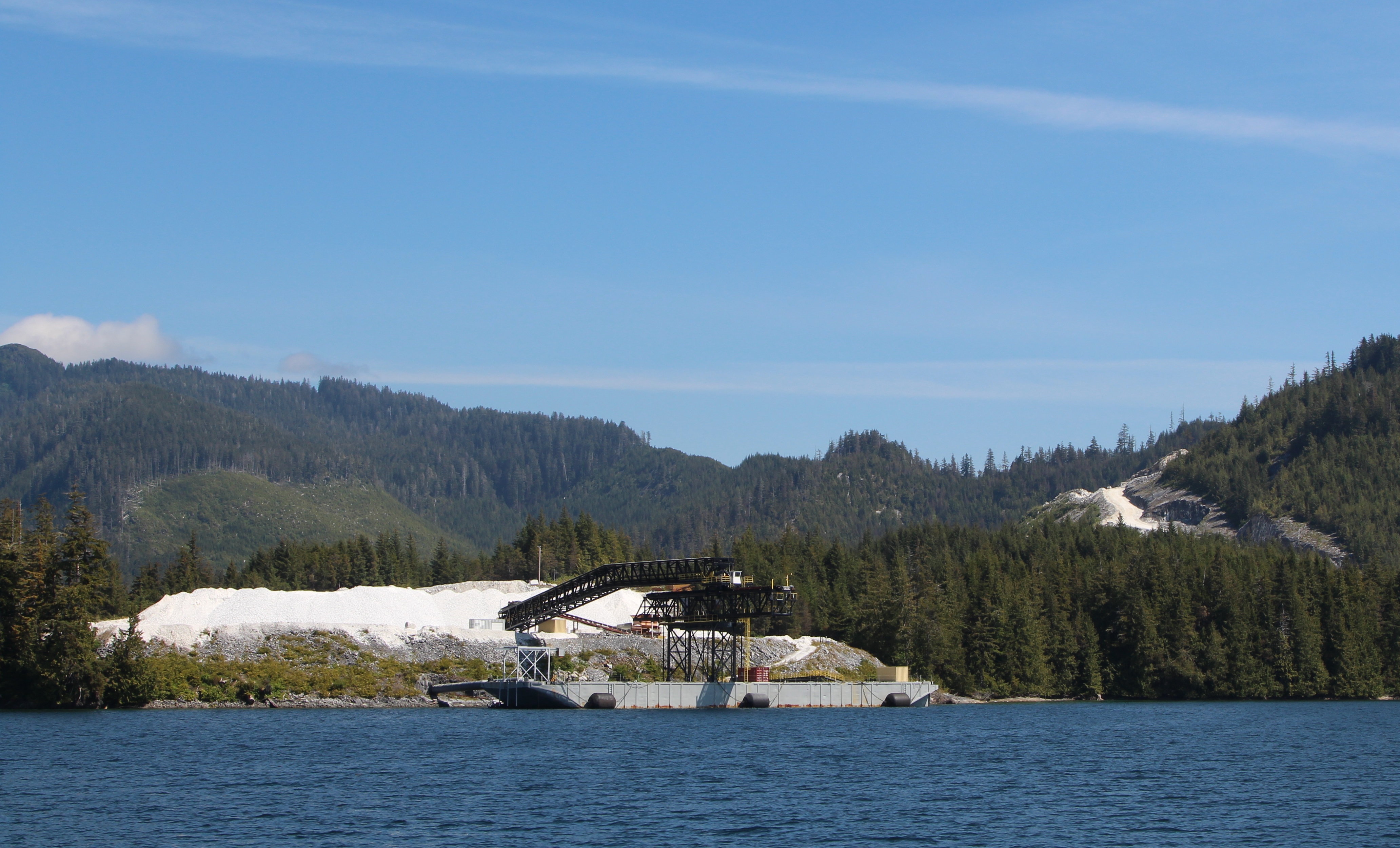 Alaska resident at the time of statehood; retired professional civil engineer and for 35 years owner of an engineering company; firmer owner and skipper of the Nordic Quest; author, avid fisherman and world traveler. Lives with his wife and their water-loving standard schnauzer in Portland, Oregon.
View all posts by Fred Cooper →
This entry was posted in Alaska, Alaskan History, Geology, Places and tagged Calder Bay, El Capitan Cave, mining. Bookmark the permalink.