Taking an Alaskan cruise just begs having a great novel to read. My latest thriller novel set in Southeast Alaska is perfect for those days at sea. Here is a blurb that is sure to grab your attention. All my novels can be purchased from Amazon Books and available later this summer in bookstores in Ketchikan and Juneau. 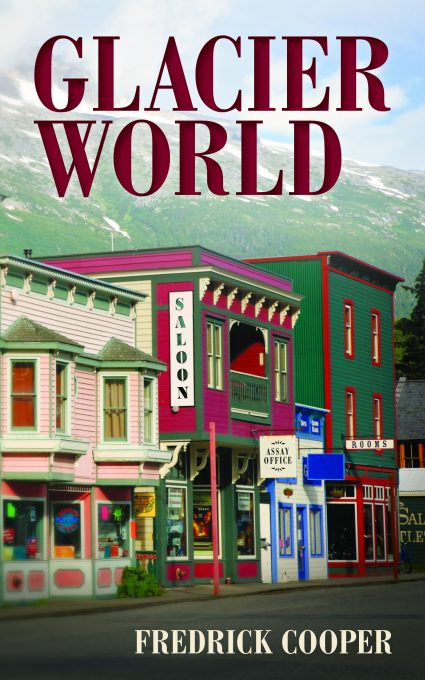 The theme park was five years in development and touted worldwide as a golden destination for foreign tourists. It would offer everything a tourist desired to experience in Alaska—snow-capped mountain ranges, a gold rush town, whale watching, salmon fishing, an aquarium with dolphin and orca acts, an eagle sanctuary, and glacier viewing. Cruise ships would dock adjacent to a recreated gold mining town where tourists could enjoy all of the wonders of Alaska at one location. But the most compelling experiences for tourists would be the predators of Alaska—Glacier World’s massive, wildlife enclosures with five-star wildlife attractions, like the Alaskan brown bear, cougar, wolves, wolverines, caribou and musk ox—all in their natural habitats.

But Glacier World had a darker side. Local residents were miffed that over $500 million was being spent to develop an old cannery as a destination resort without hardly any local hires. In the fall of 2019, just before Glacier World was scheduled to open, people died under peculiar circumstances and government authorities were apprehensive about reports of missing cargo in the Gulf of Alaska.

A thousand miles to the south on the coast of Washington state, Earl Armstrong, the forester for an Indian tribe, was missing something too—one hundred thousand board feet of premium lumber, which his freight forwarder informed him—had vanished. It could cost him his job and destroy his career. When attempting to trace his lost shipment in an era of computerized, global transactions and ultimately in the ice and snowbound mountains surrounding Glacier World in SE Alaska, Earl and his friends are exposed to danger from more than one kind of predator, some desperate and some just hungry.

Alaska resident at the time of statehood and returns annually; professional civil engineer and for 35 years owner of an engineering company; skipper of the Nordic Quest; author, avid fisherman and world traveler. Lives with his wife and their water-loving standard schnauzer in Portland, Oregon.
View all posts by Fred Cooper →
This entry was posted in Uncategorized. Bookmark the permalink.