For years I have been going in and out of Endicott Arm to Dawes Glacier and Ford’s Terror and along the eastern shore south of Sum Dum are dozens of old rusting shrimp pots stacked up. I wondered if they ever got deployed and why they were left in Endicott Arm. I knew there was a commercial season in the area and had seen heavy concentrations of shrimp pots laid out in Stephens Passage outside of Tracy Arm. And then I discovered the following news report in the January 2011 issue of The Brig, Alaska Fisheries Enforcement News. Those Alaska Wildlife Troopers are out there and they will find (fine?) you when fishing illegally.

Illegal Storage of Shrimp Pots
On January 4th, Dennis J. Capua, 56, of Juneau, was found guilty of one count of illegal storage of commercial shrimp pots. Investigation showed Capua had failed to remove approximately 88 commercial shrimp pots out of Endicott Arm south of Juneau after the closure of the district to commercial shrimping. Capua was given a $6,000 fine
with $3,000 suspended. Capua will be on probation for one year and is not to commit any fish or wildlife violations. 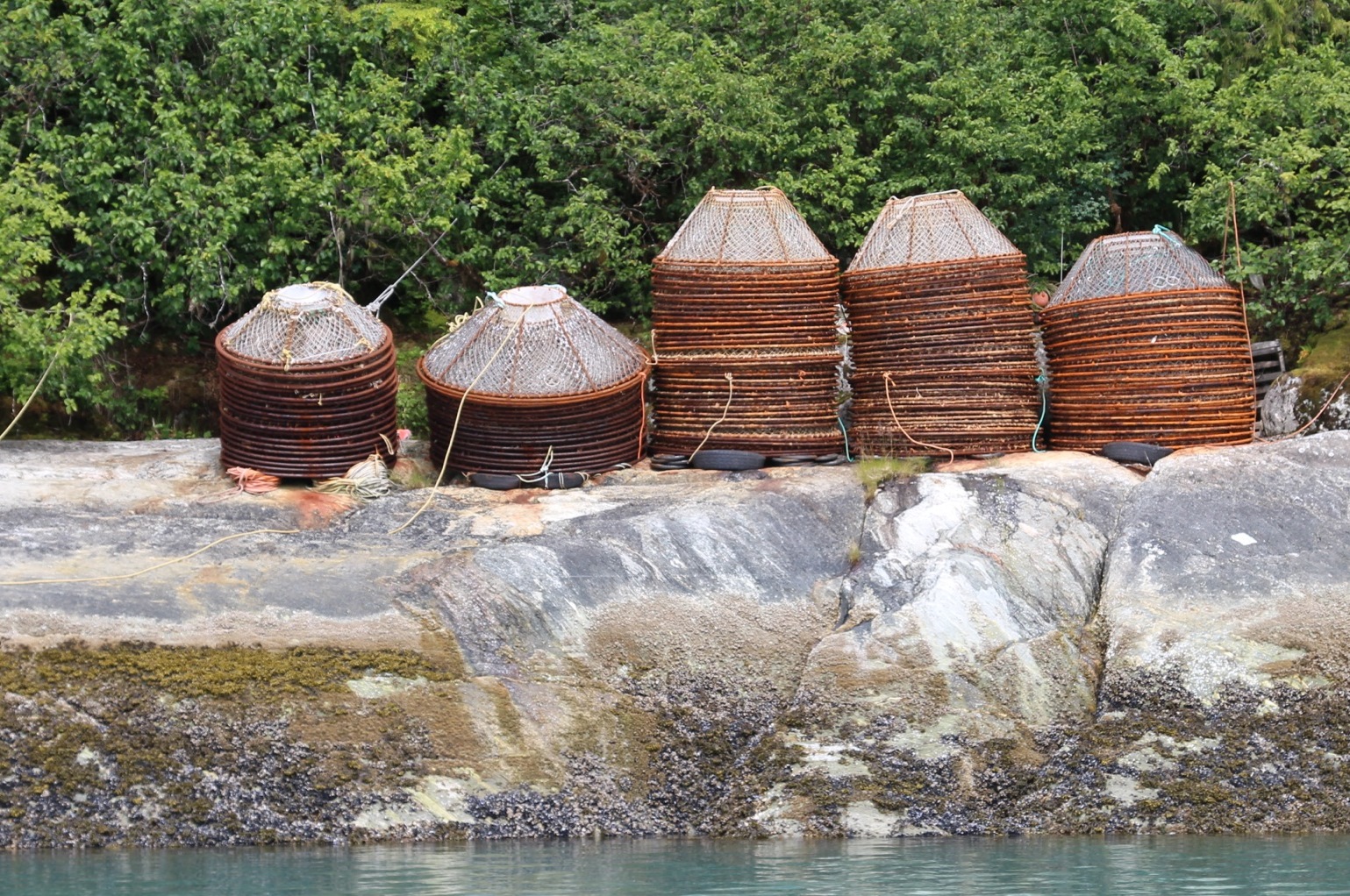 Alaska resident at the time of statehood; retired professional civil engineer and for 35 years owner of an engineering company; firmer owner and skipper of the Nordic Quest; author, avid fisherman and world traveler. Lives with his wife and their water-loving standard schnauzer in Portland, Oregon.
View all posts by Fred Cooper →
This entry was posted in Alaska, Comment, Fishing, News, Wildlife and tagged Alaskan shrimp pots, Endicott Arm, fishing. Bookmark the permalink.